Can I sponsor my Thai girlfriend to visit the UK ? 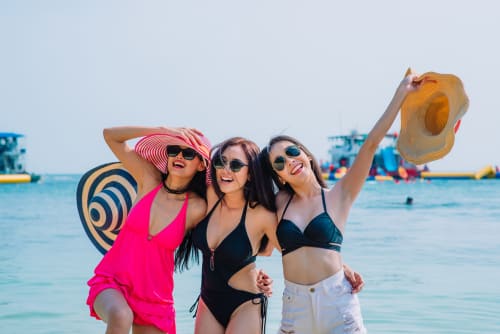 If you have a Thai girlfriend there is a good chance that you will have considered taking her back to the UK to visit friends and family. This all sounds very idyllic but there are some hurdles that you will need to overcome in order to make it a reality. Seeking the correct advice rather than speaking to someone in a bar is the best way to ensure that you’re the applicant

Firstly, it is important to understand that it is your Thai girlfriend that is applying for the UK Tourist visa and not the British boyfriend. The relationship that you have with your Thai girlfriend is important. If you live together in Thailand or have a child together this is relatively easy to prove but if the boyfriend lives in the UK, it can be somewhat harder. Make sure you have as much evidence as possible to prove that you are in a genuine relationship such as copies of emails, phone records, and photographs together.

If your Thai girlfriend holds down a respectable job this will be a big bonus when it comes to the UK Tourist Visa application. Her income isn’t necessarily that important, it is more important than it isn’t connected to anything illegal.

If your Thai girlfriend owns assets in Thailand such as a house, piece of land or car, this will again be looked upon favorably. In the eyes of UK Immigration, these will give her more reason to return to Thailand once her visa has expired. If her parents are still alive they may be classed as dependents in addition to any children that she may have. This is a strong reason for your Thai girl not to stay in the UK so this will again be viewed favorably.

Can I sponsor my Thai girlfriend to visit the UK?

If your girlfriend fails to prove any of the points above, except that you are in a genuine relationship, the British boyfriend can act as a sponsor. You will need to provide an invitation letter, financial evidence, and prove that she has somewhere to stay in the UK. Although there is no requirement to be in a relationship to get a UK visa it will add weight to any application. If everything is in order, you will be able to act as a sponsor for your Thai girlfriend to visit the UK.