Is my Thai wife entitled to a British passport? 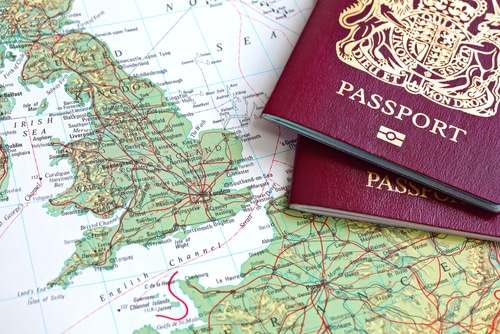 Is my Thai wife entitled to a British passport, that’s a question we get asked a lot. If you and your Thai wife have been living together for a long time in the UK you may feel that it would advantageous if she had a British passport. This will mean that she has greater freedom of movement and holidays to many countries in the world become far easier to organize. Your Thai wife must be a permanent resident  ( indefinite leave) then she should consider applying to become a British citizen.

Apply for British citizenship by ‘naturalization’ if you:

You may apply as soon as you have one of the following:

There are lots of different circumstances surrounding applying to be a British citizen but they are relatively easy to understand. As we mentioned, your Thai wife will usually be living in the UK on a UK Spouse Visa. If she has lived in the UK for 5 years and has had ‘indefinite leave to remain’ for the last 12 months she can apply to become a British citizen. You may not need to wait the further 12 months if you are a spouse of a British citizen

Applying to become a British citizen is the first step in the process of applying for a British passport.

Once your Thai wife has gained British citizenship and is in effect a British national she will have the opportunity to apply for a British passport. However, it is important to understand that British citizenship does not guarantee that she will be granted a passport. British passports remain the property of the British government and can be withdrawn at any time. Your Thai wife’s eligibility and entitlement will be considered on an individual basis and having the correct documentation and evidence to support your application are essential. This is where once again we can help.

If your Thai wife has British citizenship and holds a British passport it will further cement your relationship together. There are many practical benefits to having both of these rights that will also make your life easier in the long term. If you both plan to live in the UK permanently and if you have children, holding a British passport will be hugely beneficial. Since 1992, the Thai law was changed to allow Thai nationals to have dual nationality so she needn’t be concerned about having to forfeit her Thai passport – something that is a concern for many Thai ladies.