Why is the Thai Baht So Strong? 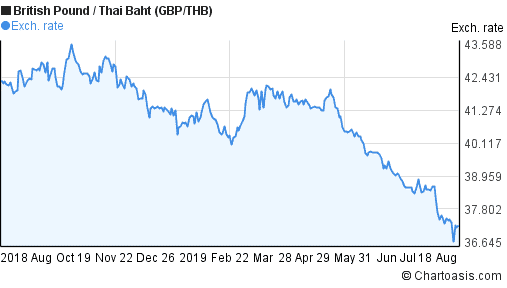 The Thai Baht has been performing incredibly well against most other major currencies for the last few years. On the face of it, this would seem like a good thing for the Thai economy but is that really the case? Thailand is a large importer of parts connected to the engineering sector, so these are naturally cheaper. However, with foreign goods being far less expensive than those produced domestically, far too many other products are now being imported adversely affect the Balance of Payment (BoP). Also, Thailand’s tourism isn’t perhaps reaching its potential ed-hrvatski.com.

Of course, the Thai economy and domestic politics will always play a prominent role in any country’s currency. The Thai economy has been stable for several years, and the country’s fiscal policy has played a role in this. However, many including both Thais and foreigners, feel that the currency is too strong and indeed, artificially strong. While many may support the theories behind this, there is a lack of evidence to support this. That’s not to say it isn’t happening, just supporting evidence is lacking.

Firstly, the US is keen to lower interest rates with the US 10-year bond yield rate expected to drop cas it is the highest of other developed nations. The Fed supports this notion as they can’t afford to pay current rates of interest. It will result in US dollars flooding to safer havens with a high GDP such as Switzerland which will lower the value of the US dollar and naturally against the baht. Other countries such as Australia have also considerably reduced their interest rates, so their currency has fallen too.

Thailand is another country that has a high ratio of international reserves along with a high GDP. It makes Thailand a “safe haven” for cash, especially with Thailand’s 10-year bond yield standing at 2.1%. Of course, this will attract more capital to come into Thailand, which will force the value of the Thai Baht up.

Brexit has had a negative impact on the performance of the Sterling against almost all currencies. With uncertainty over the UK’s future capital and cash reserves are being moved out to safer haven’s, which is reducing its value. Little can be done about this at present especially with the new Prime Minister vowing to leave the EU regardless of a deal or no deal on 31 October 2019. Once there is some certainty, the currency may recover depending on the terms, or otherwise, of the divorce agreement.

The Thai Baht is undoubtedly performing well not least because of the countries high GDP. However, it appears that it is the performance of other countries’ currencies that are having a larger impact. Would devaluing help boost tourism? Undoubtedly it would. However, tourism isn’t the be-all and end of all the Thai economy and anyone who thinks otherwise may be short-sighted or blinkered. Yes, the impact on a city such as Pattaya is negative, but it isn’t likely to change in the near future.

Call Now Button
We use cookies to ensure that we give you the best experience on our website. If you continue to use this site we will assume that you are happy with it.Ok